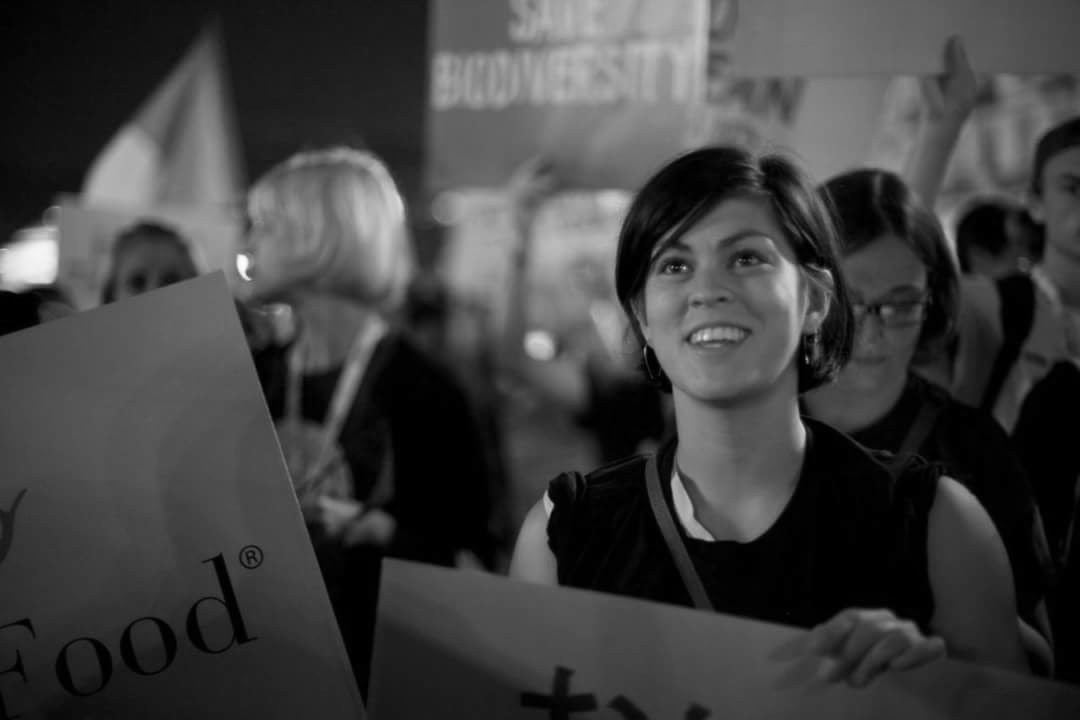 In our Real Women: Real Experiences series, we’ve interviewed real women around the world about their birth control experiences. In the first of the series,  fourfiveoh.com got together with Christine, 31, who has lived in Japan, the UK and Switzerland, and who shared her birth control experiences.   Christine runs workshops on the art of fermenting and all things food – you can check out her work at  http://www.fermentable.ch/.

Do you have an experience to share or want to be featured on fourfiveoh.com? Get in touch at info@fourfiveoh.com

Fourfiveoh: Hi Christine, thanks for joining us today. Can you tell us what types of birth control methods have you experienced?

Christine: Hi, sure, I’ve used Cilest, Microgynon, Jaydess, the copper IUD, condoms and the pull out method (I’m not a proponent of this unless pregnancy isn’t an issue, of course)

Fourfiveoh:  Can you talk us through your contraceptive journey?

Christine: Hi, sure. I started when I was 18 and at Uni in the UK as I had my first long-term boyfriend then. I only really knew about condoms and the pill back then and was put on the most generic pill they had, I can’t remember which it was as options weren’t even up for discussion. I hadn’t even dreamed of going on the pill until I moved to the UK as it was never talked about in Japan. My gynaecologist visits in Japan concerned my reproductive health and not my sexual activity, it seemed. I still don’t know whether this is because I was a teenager or not, but one retrospectively harrowing episode I do recall is of a friend having to pay an extortionate amount for the morning after pill and coming out of the doctor’s office crying. 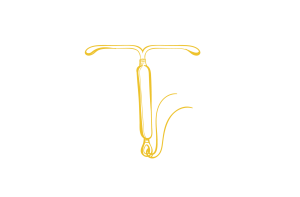 “The ease of being on Jaydess was definitely a plus”

Anyway, after a few months of continuous spotting and headaches, I asked to change and they put me on Cilest. I thought I had just become someone who gets migraines since moving to the UK, but I later realized that it was due to the pill. That and the lack of libido. I did gain weight at the time as well, but it’s hard to pinpoint whether this was pill-related or due more to the drinking and eating habits associated with being in your first year of Uni. The final version of the pill I tried was Microgynon. It sounds like I changed in quick succession, but I was on the pill for a good nine years overall and on Microgynon for the last six. In the end I opted out due to the lack of libido and continuing crippling headaches. Little did I know that Jaydess, the hormonal IUD I later opted for after a handful of years of relying on condoms, would bring similar symptoms. The ease of being on Jaydess was definitely a plus, however, another problem we faced was that the cord attached to the IUD caused my partner problems, something for which doctors don’t seem to be able to offer much advice. I was on Jaydess for about a year before we decided to start trying for a baby.

One thing I’d like to point out is that we assumed that it would take a few months to conceive due to Jaydess being a hormonal contraceptive. This was not the case, it happened almost instantly. I think it’s important to bear in mind that when people advise you on how long your body will take to go back to normal, they are always using estimates based on a vast number of individual experiences. Now that I have had my child I am on the copper IUD and very happy with it – it has been by far the best form of contraception for me in the sense that it requires no action on my part and has brought little to no symptoms. I was advised to have it inserted very soon after giving birth (I had a cesarean and conceiving within a year of the surgery is not advisable) and was rather surprised as I planned on breastfeeding. My body ended up deciding it was time to menstruate again eight weeks after giving birth despite breastfeeding, which was a friendly reminder that fertility returns when it wants to, not when it’s convenient for us. I think it’s also important for midwives and doctors to remind postpartum women that breastfeeding is not a reliable form of contraception whether your period returns or not while doing so. I am grateful to my midwife who badgered me about contraception just three weeks after I had given birth.

Christine: In Japan, as far as I can remember (I was a teenager) it was such a taboo subject. I went to an International School and even there sex education was pretty cursory. I don’t recall the pill being mentioned at all, we just slipped condoms on test tubes. In fact, I think I educated myself using mangas (this is the beauty of the manga culture in Japan, it fills in for gaps in the education system). My doctor never mentioned anything other than the health of my uterus and fallopian tubes. Smear tests were the main reason for my visits. 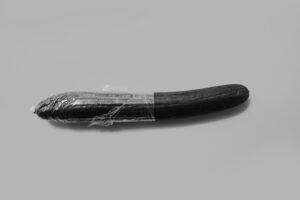 Sex education in Japan: “I don’t recall the pill being mentioned at all, we just slipped condoms on test tubes.”

In the UK it was talked about more openly and the nurse I saw was very friendly. I just found it odd that asking to go on the pill was totally normal, yet I was seven years too young for a smear test. This didn’t sit well with me so I continued to get smear tests in Japan until I moved to Switzerland at age 22. I still believe it’s important to be able to access birth control freely once you’ve reached an appropriate age, but I don’t think denying the recipients of such basic sexual health checks until a later age is a healthy approach. I believe we should have the freedom to access both, for our sake and for those we come into sexual contact with.

I now live in Switzerland where healthcare is semi-privatized. Overall I’ve had a positive experience in terms of access to options and information, but there is a definite shortage of gynaecologists in the country, making the wait for an appointment unnecessarily long at times. My one complaint is that insurance companies do not cover the costs of birth control, especially not the big ticket items like IUDs which can cost around $400. If one doesn’t agree with you, it’s financially, physically and emotionally painful to have to ask to try another type. My personal (perhaps rather strong) opinion is that this is an assault on women’s rights and I say that as someone who can afford this method of contraception.

Fourfiveoh: What would you recommend women to do, in order to ensure they’re on the method of birth control that is best suited to them?

Christine: I would recommend being as candid as possible with your doctor and to perhaps even push them to provide information they seem reluctant to share. Now that I think about it, I used to be prone to yeast infections and my doctor knew this. Funnily enough, this is no longer the case now that I’m off hormonal contraception but I never dreamed the two could be related. Ask them, given what they know about you, what the ramifications of being on any given type could be.
Ask about how other patients have reacted to various methods of contraception too. Ask what they have seen first hand and not just read about in medical journals. Ask what your options are should the chosen method not agree with you. For example, if they tell you the copper IUD is only available to women who have given birth, find another doctor as this is no longer the case (yet I was told so for a long time and I had been begging to go on something non-hormonal). Ask them to talk you through all the methods, not just the ones you’ve heard about and have brought up yourself.

Ask, ask and ask again. It is your right to have access to the contraception itself and this applies equally to the information surrounding it.

Fourfiveoh: What myths or misinformation do you think there are surrounding birth control?

“Spread the word” if you find a method that works for you!

Christine: That they are harmless just because “everybody” is using them. Hormones affect people in vastly different ways and giving women a pamphlet implying that the side effects are all normal and thus should be tolerated is dangerous. I think we need to be more honest about how contraceptives affect us and boycott the ones that we feel do more harm than good. What better way to give feedback to the pharmaceutical industries than to actively tell them the side effects are unacceptable. Send them back to the drawing board, I say. Equally though, speak up if you find yours is working well. Spread the word.

Fourfiveoh: How do you think women can make better birth control decisions?

Christine: I just want to emphasize that, especially in countries, like Switzerland, where women pay out of pocket for expensive methods of contraception, we should be more vocal in giving feedback. We are patients but simultaneously customers. If you bought an expensive phone and one of its faults was that it gave you terrible headaches, you’d take it back and ask to have it changed. You’d give comprehensive feedback and tell all your friends about it. Treat your contraception the same way, you’re a customer and it is a product. It is meant to enhance your life, not interfere with it.

Fourfiveoh: Thank you Christine for your time!  We second that for sure – use your voices ladies! (One way of doing that is to Share Your Experience right here on Four Five Oh! 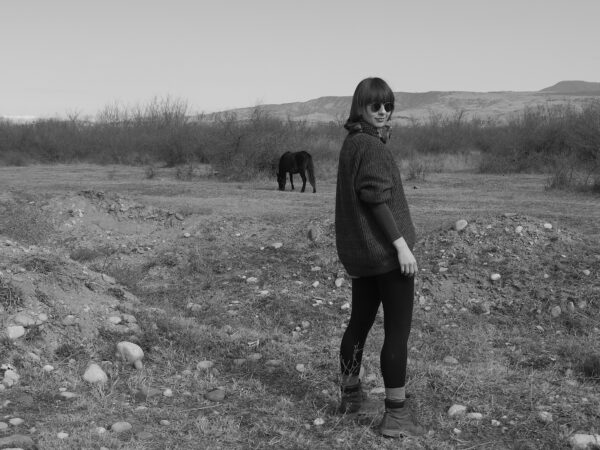 In our Real Women: Real Experiences series, we’ve interviewed real women around the world about their… 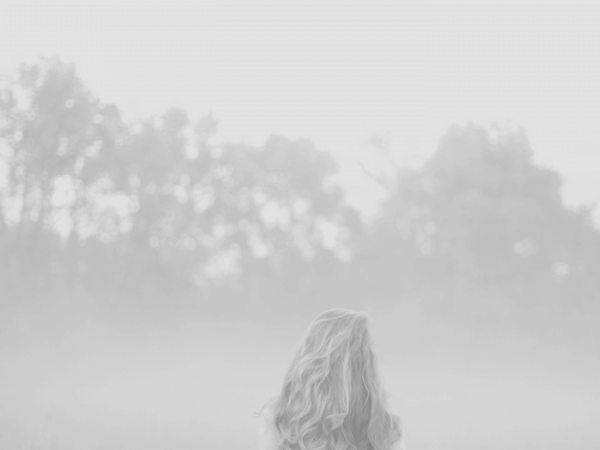 The 4 jobs of the pill 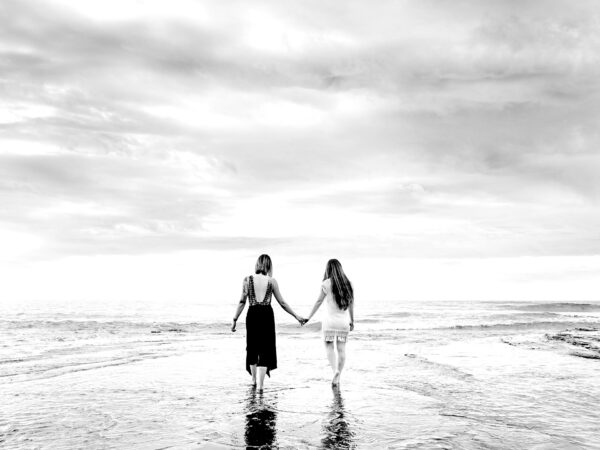 Typical vs. Perfect Use Effectiveness – How effective is my birth control?